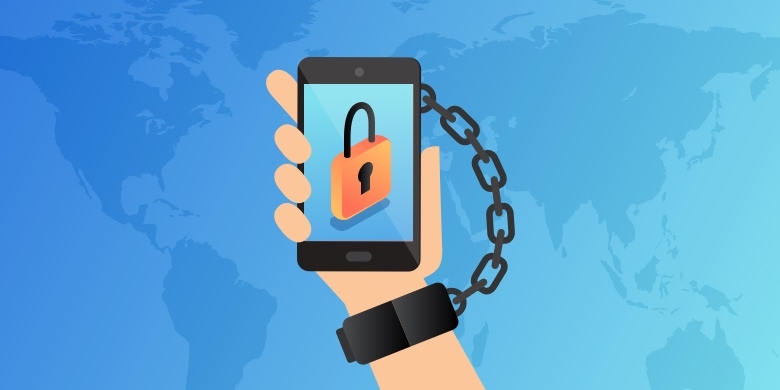 Internet freedom around the world continues to decline.

The 2020 Freedom on the Net reports a concerning decline in internet freedoms for the 10th year in a row. Published by watchdog Freedom House, the annual report examines 65 countries around the world which collectively account for 87% of the world’s internet users. The report looks at the following metrics:

This year's report found the decline in internet freedoms was further fueled -  and accelerated - by the pandemic. As more daily activities move online and continue to take place there, censorship becomes all the more concerning and encompassing. This year’s report shares three alarming trends:

The Pandemic Is Fueling Restrictions

Internet freedoms, already on the decline, were further restricted by the pandemic. As more day-to-day activities moved online control over the online space became even stronger - and the desire for this control even greater. The pandemic was used as a “pretext” to restrict information. This took place in a variety of ways, including through the blocking of news, arresting people on charges of “fake news” and by governments and those in control spreading misinformation.

Surveillence Powers Are Being Justified

The pandemic isn’t only fueling restrictions on online news and content; it’s also fueling surveillance. Authorities are using the pandemic as a justification for online surveillance measures and the introduction of new, intrusive technologies. Some of these technologies have previously been determined to be “too invasive,” but the pandemic’s severity is being used to justify their implementation. Once they are in place it’ll be hard to dial them back, even after the pandemic has subsided. For internet users this means their private information and personal data is being increasingly collected, often without transparency or recourse. Much of this activity is occurring without proper oversight since measures were pushed into action so rapidly during the health crisis.

The Internet is Splintering

Cyber sovereignty is becoming more common, as an increasing number of nations work to create their own internet experiences. What was once created to be accessible to all of the world is now splintering on a country-by-country basis, with various countries imposing regulations, imparting censorship and controlling information within their geographic borders. This is resulting in increased crackdowns, control and violation to human rights.

So where is internet freedom declining? Which countries are worst affected by this phenomenon? Here's a quick look at some of the key takeaways from the report:

To see a full list of countries and their status, plus gains and losses, we recommend reading the full Freedom on the Net report. At VyprVPN we’ve been actively advocating for policies to support a free and open internet and fighting for this experience for our internet users since our company's inception. To learn more about our mission, as well as the tools you can use to combat censorship (yes, one of these tools is a VPN), click here.